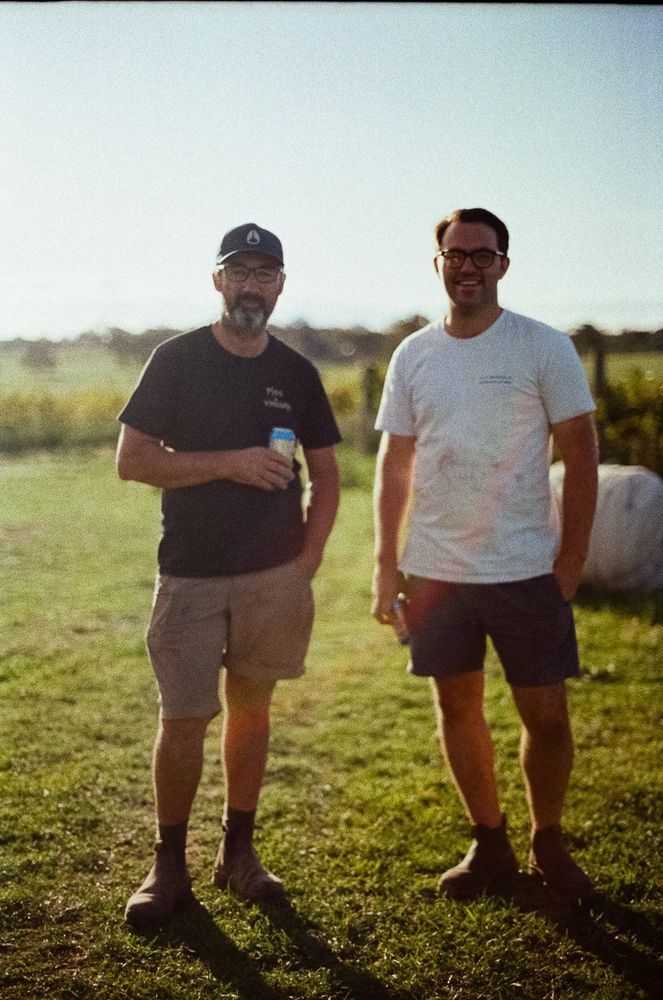 A wonderful collaboration between Ravensworth Wines & Wildflower Beer, focussing on the Bright Side.

To say that 2020 was a tough year for wine makers in Australia would be the understatement of a life time. Pandemic aside (and all that it has entailed), the country was devastated by bushfires, with over 17 million hectares of land burned across the majority of Australia.

While these disastrous bushfires are but the tip of the iceberg when it comes to the longterm impact of climate change, their timing during the incredibly sensitive grape growing period across Australia meant that many of those whose crops weren’t obliterated by fire were often still made unusable due to smoke taint.

Now, as we’ve seen time and time again, tragedy can often lead to bouts of ingenuity… and thanks to a meeting of the minds between Bryan Martin from Ravensworth Wines and Topher Boehm of Wildflower Brewing & Blending, a unique collaboration was born from this otherwise devastating time.

Enter, Bright Side! With the realisation that the 2020 crop from Ravensworth Estate were entirely smoke tainted due to the bushfires, Bryan Martin collaborated with Topher Boehm to craft an alternative use for them: incorporating them into a unique set of beers, using Boehm’s Wildflower Gold as the vessel for a range of grape varieties.

An optimistic take on what was a very dark period in our nation, this set of five beers crosses industries, state lines, brewing practices, and ideologies with a sincerity that’s a delight to behold.

How was this ambitious project undertaken? Why, we’re glad you asked! Just over a year ago, Topher a little roadtrip from Sydney to the Canberra District, where he and and Bryan picked the Ravensworth vineyard, putting whole bunch grapes into stainless steel to start a three week carbonic maceration. From there, some young, fermenting Wildflower ‘Gold’ Wild Ale cruised on down the M5 to Ravensworth and was combined with each of the vessels containing fruit, which was then left for eight months to get acquainted.

After this period of time, solids and liquids were parted, with the beer coming back to Sydney for its final maturation, eventual bottling, and then a neat bit of bottle conditioning.

With expressions of Shiraz, Riesling, Gamay, Viognier, and Sangiovese, the Bright Side series is a complex, fascinating, and a beautiful silver lining to an tumultuous time, showing just how phenomenal beer/wine hybrids can be.

Available in stores and online now - but get in quick, they won’t last long!