Intoxicating: a Q&A with Max Allen 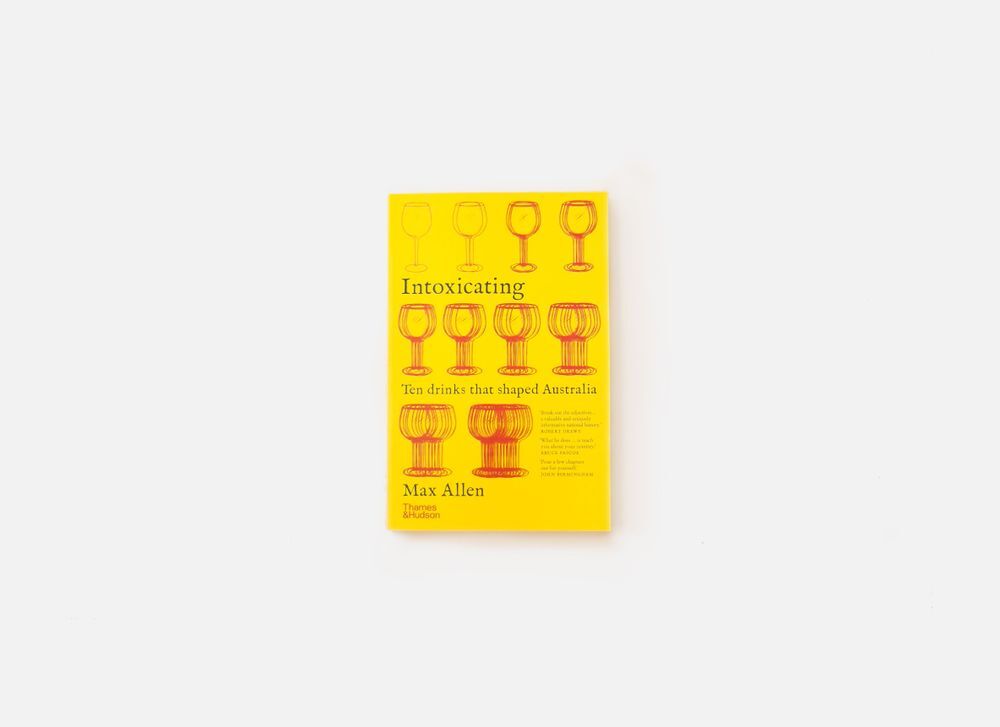 Intoxicating: a Q&A with Max Allen

If you’ve ever read a word about wine in Australia, it’s more than likely that you’ve stumbled upon Max Allen’s name. An award-winning journalist and author (as well as an honorary history fellow at the University of Melbourne), Max has been waxing lyrically about all things alcoholic for close to 30 years now - and his experience and skill with words absolutely shines in his brand new release: ‘Intoxicating: Ten drinks that shaped Australia’.

To mark the launch of this insightful & entertaining publication, we had a (virtual) chat with the man himself which you can read below.

Your book is a deep dive on the anthropological roots of many drinks that have shaped Australia - is this a publication that’s been bubbling away in your psyche since you first moved to Australia, or was it an idea that only recently came to light?

The idea has been fermenting since the early 1990s when I moved to Melbourne from the UK and started visiting amazing 19th century wineries and old vineyards and finding so much rich history. About five years ago, after finding out about Indigenous drinks such as way-a-linah, made from the fermented sap of the Tasmanian cider gum tree, and seeing how many Indigenous ingredients were being used to make drinks today – like the native botanicals used in gin – I realised I had the material for the beginning and end chapters of a book, and just had to find another eight historical drinks to fill the middle..

How hard was it to narrow down to only ten drinks to focus on?

Really hard! To be honest, I write about lots more than ten drinks in the book: the individual drink named in each chapter forms the main narrative, but I also bring in many other drinks related to it. There’s still plenty of material left to explore: maybe the sequel should be ‘Ten more drinks that shaped Australia’...

What was one of the most surprising discoveries throughout your research for this book?

One of the most delicious discoveries was when I found a 100-year-old bottle of Seppelt Angaston Bitters on eBay, bought it, and found out the cork was intact and the bottle was almost full! I opened it and tried it, of course: even after all this time it’s still an amazing drink.

**How have you seen the wine & drinks industry evolve since you first started your journey working in bottle shops and wineries??

When I worked at a drive-through bottle-shop in Fitzroy back in the early 1990s, there were hardly any Australian craft breweries, no locally-made craft gin or whisky or vermouth, no cocktail scene – and no Prosecco. Melbourne was just coming out of recession; the first laneway bars were yet to open; and unoaked chardonnay was the most innovative new wine around. Today’s drinks landscape - a brewery on every corner, a thriving spirits industry, the natural wine scene – is so different. But to a historian, it’s also strangely familiar: working on the book has shown me that we’ve seen many of these trends emerge and fade before, throughout Australian history..

The way you’ve woven in beverages and experiences from different countries and communities paints a beautiful image of multicultural Australia, was that something that you naturally discovered upon arriving in the country, or something that you had to actively seek out?

I perceive the world through flavour (which is a wanky way of saying I like to eat and drink a lot and I’m always on the lookout for new eating and drinking experiences), and as anyone who’s lived in Melbourne for more than a minute knows, you can travel the world through food and drink in this city. Multiculturalism is one of the great strengths of this country, which is why I thought it was so important to write about stories of the home-made drinks cherished by migrant communities.

Many thanks to Max Allen for taking the time to chat with us, and we recommend that you get your hands on a copy of Intoxicating. It's a phenomenal read with a historical view, encompassing many different experiences and expressions of what the beverages and people of Australia have to offer.