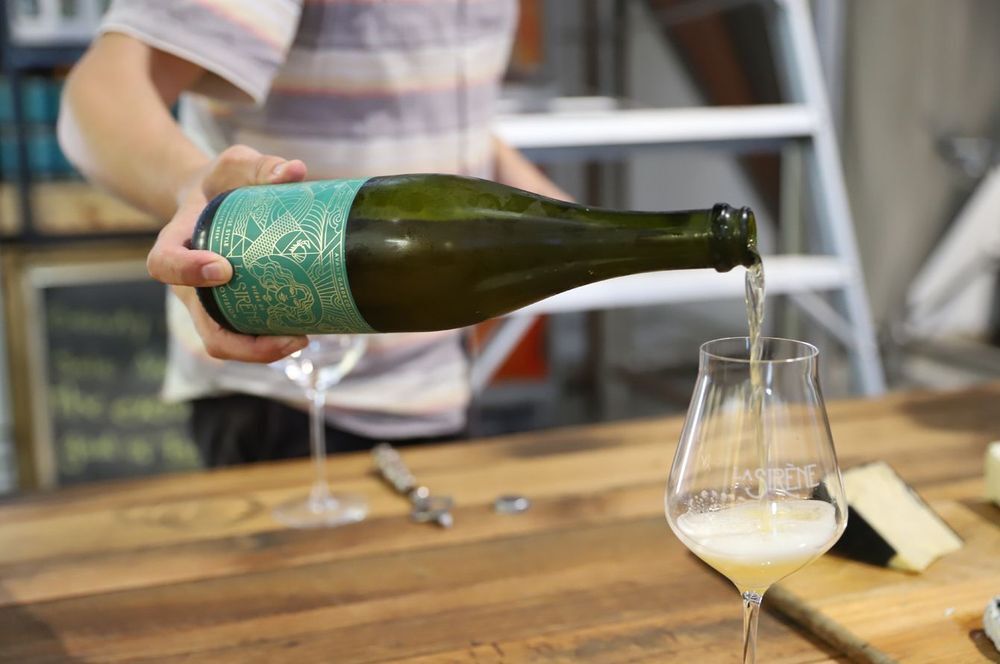 We’re longtime fans of La Sirène Brewing here at Blackhearts & Sparrows, and it shows: over the years we’ve been getting their range of delicious beverages - from their easy drinking Urban Pale Ale cans, all the way to their Imperial Praline magnums (and everything in between).

It was with great pleasure then, when we were able to pop along to their Alphington-based brewery with Cherry, our beer buyer, to get a little peek around the curtain to see where they do all their magic.

Located a short drive from Melbourne City in the leafy suburb of Alphington, La Sirène’s Urban Farmhouse Brewery finds its home in a fascinating spot: sitting perfectly between an industrial complex and the Darebin Creek & National Park - a quite fitting comparison, really, for the balance of science and artistry that Costa at the team at La Sirène embody.

Having previously begun gypsy brewing out in the Victorian Highlands, Costa and Eva set out to find a permanent location for La Sirène over a decade ago. While location, size, and cost were of course key considerations, one of the most important elements was that of ‘microbial terroir’, i.e. a brewery site that would be able to express its personality through the beers made in that environment, by way of indigenous yeasts and bacteria.

Where many large-scale brewers set out to make beers that tick the boxes on repetitive recipes of grain, hops, and malt that taste the same batch to batch, La Sirène’s approach to beer brewing is far more like minimal-intervention winemaking: their farmhouse beers prioritise the raw ingredients, season, site, and time. In the beginning, their prolific Saison style was inoculated using a very special yeast sourced from Belgium, and over the years their own house-culture has evolved and strengthened

In today’s beer world, using the term ‘wild’ in relation to fermentation can be fraught territory. The brews at La Sirène are a mix of naturally occurring indigenous yeasts (i.e. ‘wild’ that cause ‘spontaneous’ fermentations), and also some inoculation of previously-isolated and subsequently-cultivated house strains.

Here, Costa and the team do a fair amount of coolship brewing - they’ll open up the doors while they’re open-top fermenting, to bring as many of the native local yeasts into the brewery and onto the brew to help ferment the beer. They even have a mini coolship which goes by the name of the ‘culture club’ - this spends time in different parts of the brewery, capturing and isolating yeast strains that then go on to be cultivated and, if successful, will assist in inoculating future ferments and adding to the overall house culture.

This mixed fermentation style lends relative consistency to the brews, but also allows for new and evolving local yeast and bacteria strains to play their part affecting the flavour profile of the final beer. All of their farmhouse beers are also spend time maturing in neutral oak, and while barrels are carefully selected for certain characteristics and have come from many of the same coopers, there is still a variation in character from barrel to barrel (as in wine!) which means that the art of blending is alive and well at La Sirène.

Regardless of how deep a dive you choose to take on the science and artistry of fermentation and brewing, one constant across La Sirène’s range of brews is that they’re well-considered, great value, incredibly delicious, and we’re very happy to be able to stock their range across all of our Blackhearts & Sparrows stores.