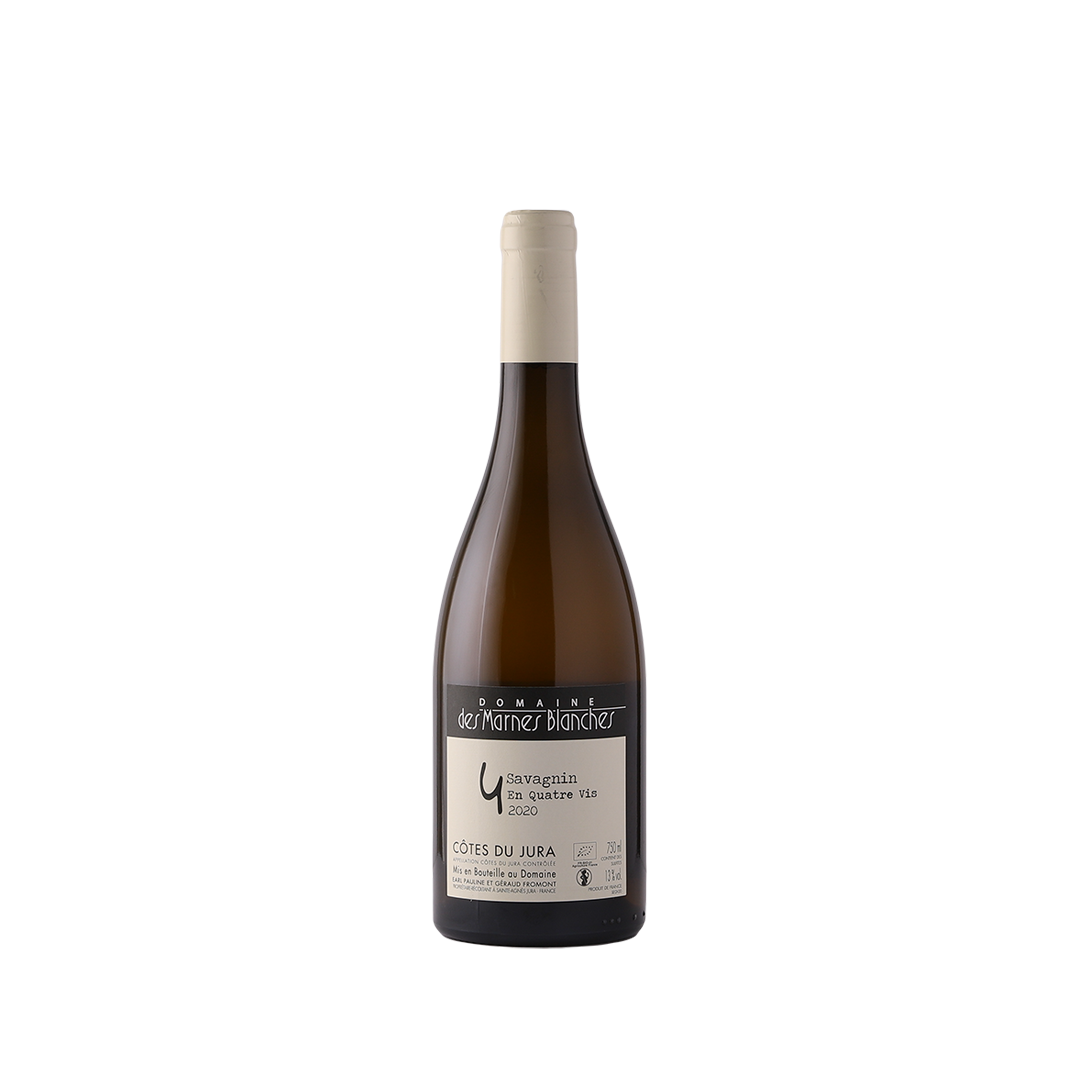 Domaine Marne Blanches is situated in the Côtes du Jura, where you‘ll find some of our favourite producers!

Winemakers Pauline and Géraud slot very nicely into the all-star line-up, bringing us a host of exciting new cuvées. This stunning wine has exceptional balance, real class, and a great acidity, typical of the varietal. On the palate, it offers stewed citrus fruits, and gentle bitters on a lengthy finish.

Pauline and Géraud are native to the Jura region and spent their years growing up spending time in the vines which was enough to give them the wine bug.

The couple met whilst studying winemaking in Dijon and in 2006 when they returned to Jura created Domaine des Marnes Blanches. They farmed organically from day one and have slowly been acquiring land over the years, which now totals 12 hectares.

They recently have built a winery which gives them plenty of space to vinify and age every parcel separately.

In 2017, the pair lost 90% of their crop to frost, in response they set up a micro-brewery with friend Guillaume Overnoy that helped the Domain make ends meet.