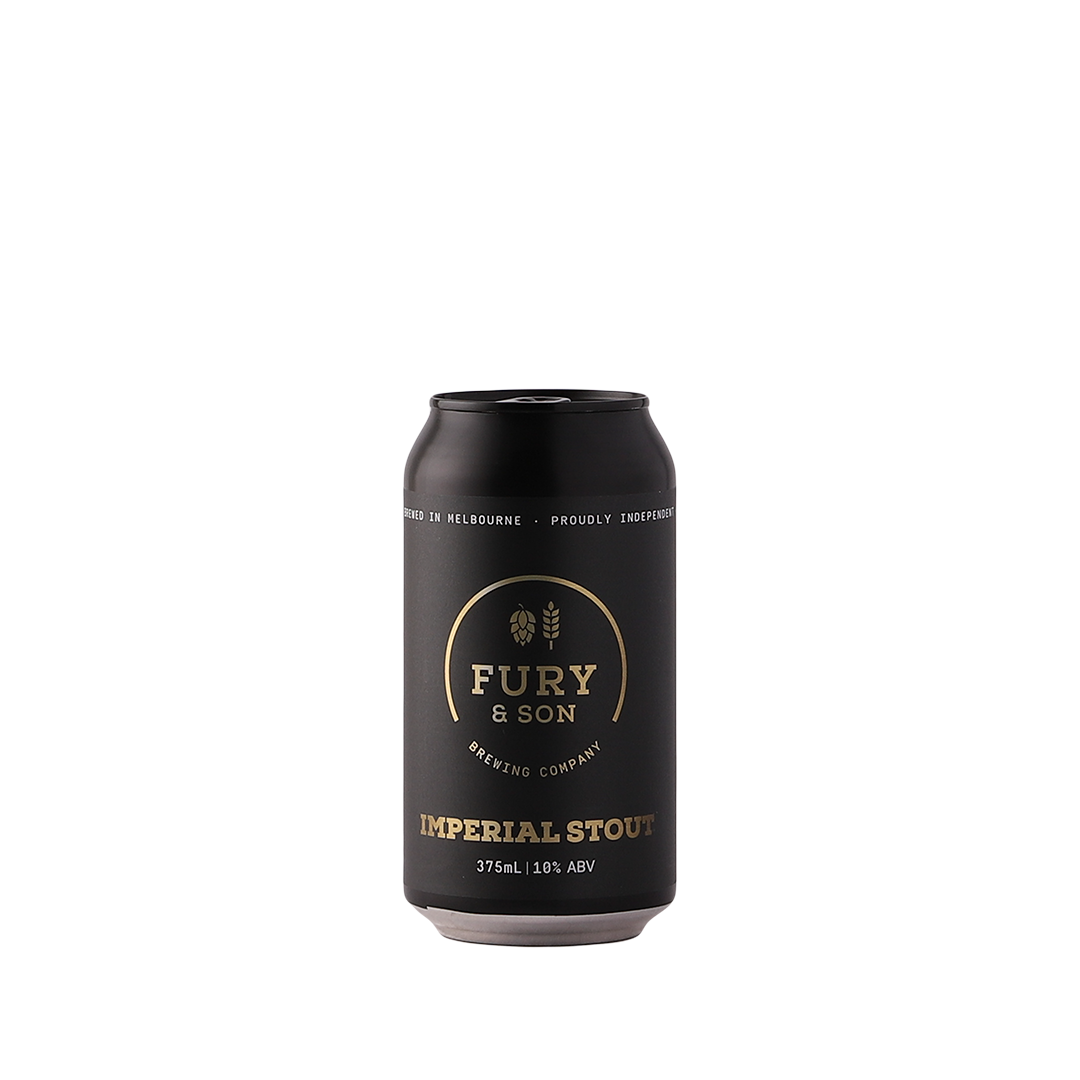 10% discount when purchasing 6 or more cans

This is a textbook Imperial Stout that's sure to warm your cockles this winter.

It's robust and richly flavoured, with layers of dark chocolate and roasted coffee complemented by hints of vanilla and cinnamon spice.

Stouts are a type of dark beer that has a rich and robust flavour. They can vary from brown to jet black in colour, and can be dry, sweet, hoppy, and/or high in alcohol. Stouts are essentially a type of Porter, but not all Porters are Stouts. Confusing, huh? Allow us to break it down for you!

In the early 18th Century, dark beers were becoming increasingly popular in London. These beers were typically cheaper, stronger in flavour, and less susceptible to spoilage and heat damage. The beer of the people, if you will! Couriers, or ‘porters’ as they were known back then, took a particular fancy to this beer style and over time the name association stuck.

Stronger forms of Porter, brewed to be aged or transported, began being referred to as ‘stout porters’, and soon enough they were being exclusively referred to as Stouts. These beers were very popular across the British Empire, particularly among the Irish who sought to start local production. One man in particular by the name of Arthur Guinness started brewing Stout at a facility in St James’s Gate in Dublin and – well, we never heard of him again (kidding)!

It was such a success that at one point it was the most widespread style of beer in the world, with its popularity booming across the British Empire as well as in Europe and Russia. Different styles of Stout were defined as people began to experiment with the style, and recipes took on the preferences of the region they were being brewed in. The common thread that united all these styles, however, was the unmistakable dark colour and full, rich body.

Guinness is the most notable example of this classic style of Stout. These are less sweet, with the emphasis being placed on the savoury, coffee-like flavours from the roasted barley. More hops are generally used as well, resulting in a higher level of bitterness. They can sometimes be labelled as English or Irish Stout, and while they do have slight differences, for all intents and purposes they are very similar in style.

A type of Stout that has been sweetened by adding lactose (a type of sugar naturally found in dairy milk) to the beer. The yeasts typically used in brewing beer are unable to metabolise lactose, so the sugars don’t ferment out and instead remain in the beer, resulting in a silky mouthfeel and a sweeter finish.

This one is kind of self-explanatory: A Stout brewed with oatmeal! Oatmeal Stouts are typically softer and more full-bodied than other stouts, and sometimes have a touch more sweetness. This sweetness does not come from the oats, though – the malt bill is adjusted slightly, and different yeast strains are used to leave some sugar in the beer, whilst the oats are there to give the beer more body and a smooth mouthfeel.

Imperial Stouts are basically a classic Stout, but on steroids. More malt and more hops are added to the mash, creating a richer, fuller-bodied beer with higher ABV and sweetness. These beer styles originated in England in the 18th century and were frequently brewed for export to Russia because – well, one could assume winters were pretty miserable in 18th century Russia. This is why you might see them labelled sometimes as ‘Russian Imperial Stout’

This is probably the style of Stout that divides the room the most. During the 18th century, oysters were a common food item served in taverns across England and were frequently eaten with Stout. The briny oysters paired well with the roasted barley flavours of Stouts, making it a popular pairing. It wasn’t until the 20th century, however, that a brewery in New Zealand decided to put oysters in a Stout. Although remaining a niche beer style, it gained popularity in England and Ireland, with many breweries brewing their own

These beers are carbonated with a mixture of nitrogen and carbon dioxide. Nitrogen is largely insoluble in liquids and creates much smaller bubbles in the beer which leads to the trademark silky head that you see on the top of a Nitro Stout. Again, Guinness is probably the most notable example of this style of Stout – they even helped to pioneer the carbonation method!

The world of craft beer is a goldmine of eccentric and creative beer styles! Stouts are a perfect canvas for breweries to experiment with, with many breweries choosing to ramp up the sweetness of Milk Stouts by adding a slew of ingredients that would otherwise find themselves on a dessert menu. Vanilla, toffee, peanut butter, or any fruit you can think of – it’s probably been put into a Stout before!