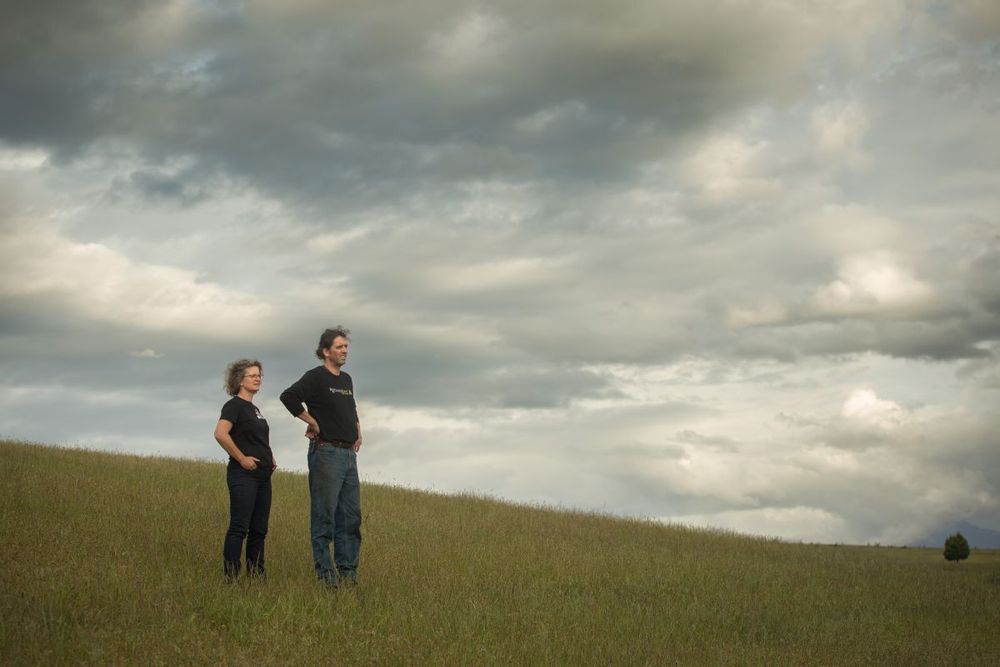 We’re over the moon to be able to bring this special release of 2016 Two Metre Tall Cleansing Ale to you, and we hope you enjoy it.

If you’ve ever gotten your hands on a bottle of Two Metre Tall’s fresh Cleansing Ale, you’re sure to have enjoyed that crisp, aromatically hopped, and gently sour brew. But, have you ever popped it in the cellar for a while to see what magic would unfold over time?

Well, if you haven’t had the chance to try an aged Cleansing Ale, you’re in luck, because we’ve done the hard work for you! It’s our great pleasure to introduce this cellar release of 2016 Two Metre Tall Cleansing Ale - stored at Blackhearts & Sparrows HQ in our very own temperature controlled storage since it arrived to us all those years ago.

When it comes to delicious beer (delicious anything, really), we always find it tastes that bit better with a backstory, so let’s dive into a bit of Two Metre Tall’s!

Ashley & Jane Huntington in the Derwent have always done things a bit differently, and their approach to ingredient choices and beer fermentation has created a fascinating family of drinks at Two Metre Tall since its incarnation.

Upon returning to Tasmania after close to a decade of winemaking in France, the Huntingtons did a little side jump and plunged straight into beer brewing, using homegrown ingredients, Tasmanian hops, and water from the beautiful Derwent River. By starting out with very little traditional brewing experience, they learnt a lot through trial and error, and gradually realised that while the beers they were brewing didn’t taste like other ones on the market - by golly they were still delicious, and had the capacity to age and mature into complex, fascinating farmhouse ales.

As an added bonus - a cherry on top if you will - some insight into Two Metre Tall’s brewing ethos from the lyrical wordsmith Ashley Huntington himself, “A genuinely wild fermented, living ale made from whole ingredients will live for a VERY long time.  A "sour beer" is a fashion, a farmhouse beer brewed without a farm nor a farmer is a misnomer.  A wild beer is a slice of magic and provided the awe and the wonder to somehow push me on during a 10-year period of madness when no-one knew, no-one understood and no-one wanted what I was seeing.  Shelf life, best-before-dates, serve cold etc are all constructs of a sterile, industrial system.  That which has no life cannot age, and that which lives goes on and on.”

This cellar release is an outstanding example of these unique beers, wherein the acidity has gradually developed, and the complexity of character has truly come to the fore. We’re over the moon to be able to bring this special release of 2016 Two Metre Tall Cleansing Ale to you, and we hope you enjoy it.