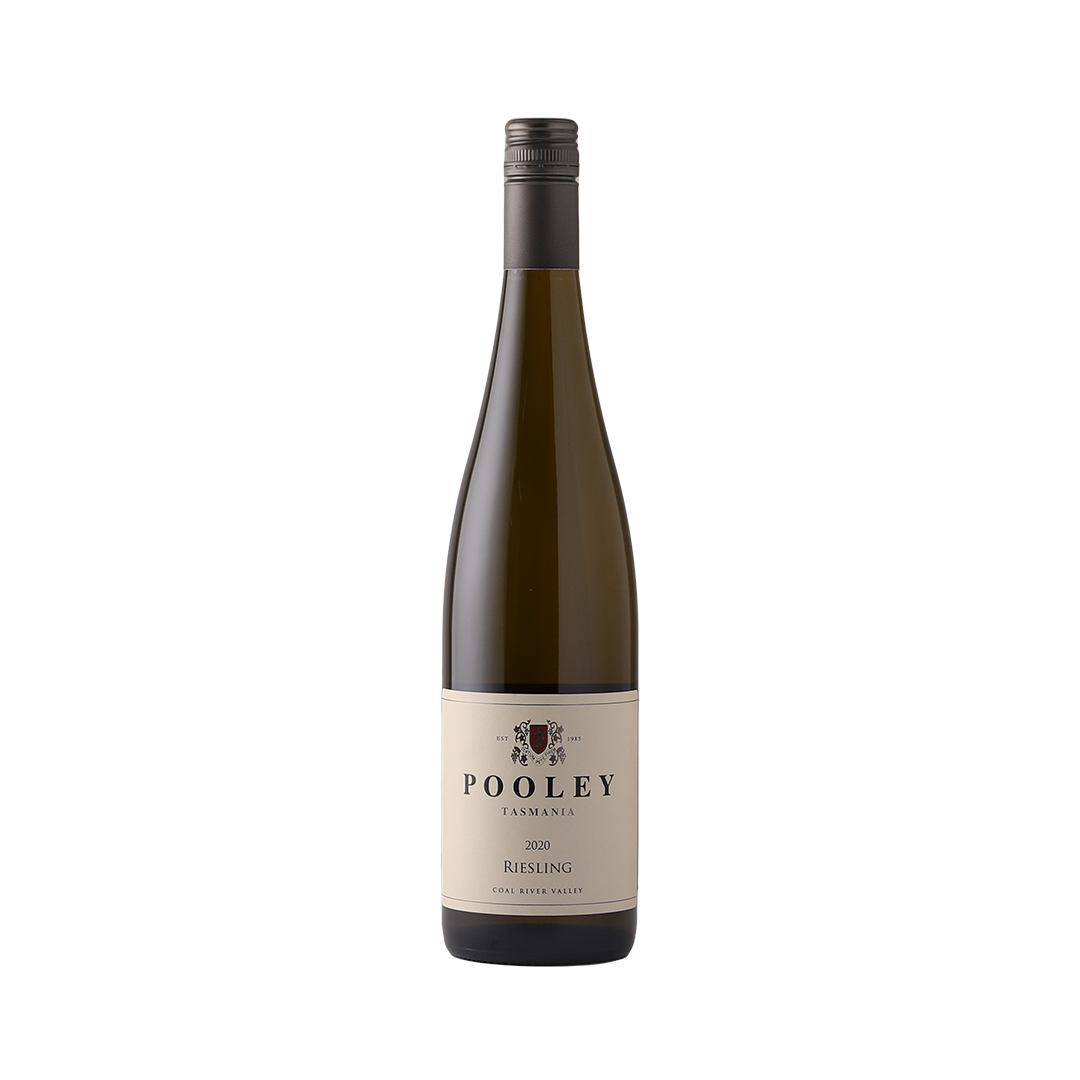 Beautiful Tassie Riesling, with fruit coming from both of Pooley's sites in Cooinda Vale and Butcher's Hill.

An initially restrained nose of jasmine and orange blossom are met with a zesty and driving palate of lime peel, crunchy red apple, and honeydew melon alongside pristine acidity.

Denis and Margaret Pooley established Pooley Wines in 1985, planting vines on the banks of Tasmania’s Coal River. A vineyard that started as nothing more than a retirement plan and a distraction for Denis and Margaret soon flourished into a renowned premium cool-climate site.

Their son John, and his wife Libby, moved to the area and in 2003, Pooley Wines expanded their estate and established a second vineyard, Butcher’s Hill, with its first vintage produced in 2007. John’s son, Matthew joined Pooley Wines as Viticulturist and Margaret’s granddaughter, Anna Pooley also returned to the family business as winemaker in 2013 to ensure the wines are made entirely by Pooley family hands.