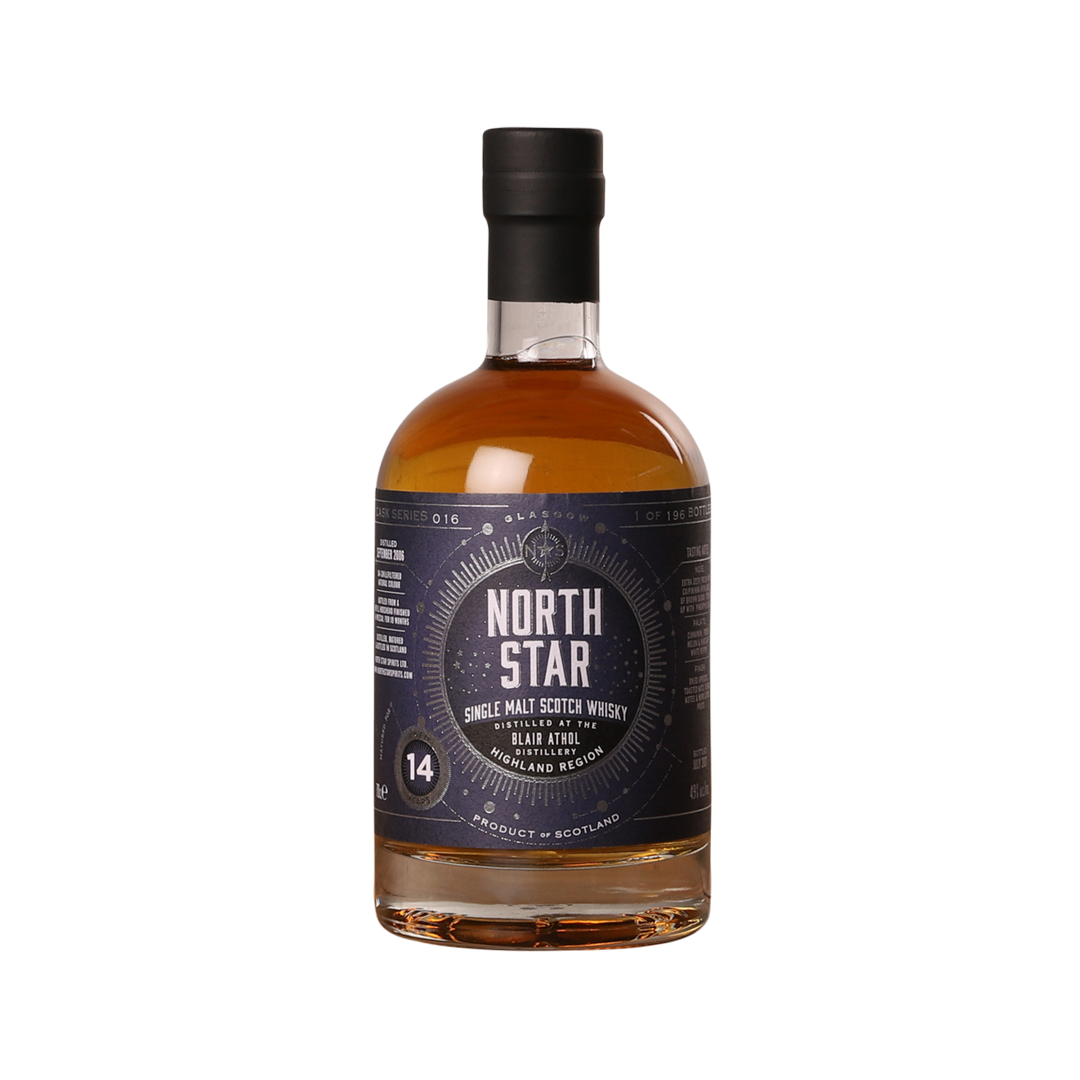 Based in Glasgow, North Star Spirits is an independent whisky bottler that has earned themselves an enviable reputation from their collection of rare and exceptional Scotch whiskies sourced across Scotland. In addition to whisky, the company also bottles a wide range of rum, gin and bourbon from prized distilleries all over the world. This bottling from Blair Athol Distillery in the Highlands was distilled in 2006 and spent the bulk of its maturation in a refill hogshead before being transferred to a single ex Mezcal cask for a further 19 months. Only 196 bottles were produced, with a very small fraction over that making its way to Australia. (700ml) 51.5% ABV